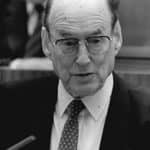 Manfred von Ardenne (1907 – 1997) was a brilliant scientist and inventor. As a medical researcher he discovered a very important mechanism of the human aging process. Along with his discovery he was able to develop a therapy that effectively reversed this mechanism with a corresponding cure to many chronic illnesses. In his textbook, Oxygen Multistep Therapy, he described the results of years of testing his theory along with the chronic conditions that the therapy cured: Erectile dysfunction, arteriosclerosis, hypertension, hypotension, and other circulatory disorders.

He found that there was a common condition whereby the capillary beds were swollen, narrowed, and thicken thereby reducing blood flow, increasing blood viscosity and oxygen delivery to the tissues (see Anti Aging Medicine Exercise with Oxygen). He called this condition the Cellular Wall Switching Mechanism. He also discover that this condition was reversible. This condition is always present in the aging process but may also occur with: 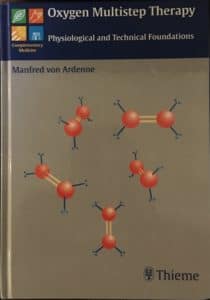 Dr von Ardenne’s oxygen multistep therapy was studied and applied to reverse this switching mechanism.  The basic therapy was to have a patient exercise while breathing oxygen. The protocol was typically 18-days for 2 hours each day. First the patient took some nutrients (magnesium and thiamin) that enhanced the utilization of oxygen for energy production. After 30 minutes, the patient began to exercise (using a stationary bicycle or treadmill) while breathing oxygen through a mask with a storage balloon at a flow rate of four to six liters per minute. Every 20 minutes the patient pushed his exercise capacity for two minutes to the aerobic target heart rate which increased cardiac output as well as oxygen delivery to hypoxic areas. After 36 hours of oxygen multistep therapy, the patient’s switching mechanism was generally found to be reversed. Dr von Ardenne also used a modified protocol where the patient exercised at the target heart rate for 15 minutes at an oxygen flow rate of 10 liters per minute. This quick treatment protocol has been used extensively throughout the United States and Europe and is referred to as Exercise with Oxygen Therapy (EWOT).

The LiveO2 advanced delivery system is the latest and most improved technology for EWOT at this time. The advantage over other basic EWOT systems is the Altitude Contrast mechanism.

The human body is so programmed for survival such that when there is any change in oxygen concentration levels that there is an immediate physiological response to preserve the most important organs and systems. For example, when a person flies from New York at sea level to Denver at one-mile above sea level, the respiratory system is immediately challenged by the reduction of barometric pressure and oxygen concentration. This results is several changes to the respiratory and cardiovascular systems.

The carotid bodies are specialized cells that are located in the carotid artery that signal the brain that there is lower oxygen levels in the blood that is traveling into the brain. In response,

Knowing these physiological changes occur rapidly, we can take advantage of it to provide enhanced EWOT.  We can do this with the LiveO2 Altitude Contrast Mechanism. It is enhanced because the physiological change from Altitude Contrast are likened to opening the flood gates to allow massive infusion of oxygen into the tissues. The LiveO2 Altitude Contrast Mechanism allows the patient to go from sea level to approximately 19,000 feet (and back again) by the flip of a switch. With the fast change in a patient’s altitude physiology oxygen uptake is significantly increases along with the resulting impact on energy production to the neurological, hormonal, immunological communication systems of the body as well as the high energy organs such as: brain, heart, muscles, liver, kidneys, and eyes.