The Intestinal Barrier: Gateway to a Healthy Immune System

Bacteria, viruses, fungus, man-made toxins, and natural toxins are everywhere. They are in food, air, and water. Bacteria and viruses can be transferred by specific vectors like ticks and mosquitos. There is no place to escape. Nevertheless, the human body is equipped to handle these ubiquitous influences because of the barriers to entry into the body.

The most obvious barrier is the skin. Seven layers of epithelial cells stacked and closely knit together by proteins called keratins. The lining of the intestinal tract has a barrier. The lungs have a barrier. And just in case something gets through these three gateways, there is a blood-brain barrier.

In its 2005 Report on Progress in AutoImmune Diseases Research the research committee stated “while many diseases (autoimmune) are rare, collectively they affect 14.0 to 23.5 million people in this country.” To put this into context, cancer affects about 12 million people and heart disease affects approximately 18 million people. Yet autoimmune diseases are more prevalent than cardiovascular diseases and cancer combined. In a 2011 study, the National Institute of Environmental Health Sciences estimates that “more than 32 million people in the United States have autoantibodies”. The 2005 report goes on to say “More than 80 human diseases are due at least in part to an inappropriate immune system response that results in damage to an individual’s organs, tissues, or cells. Autoimmune diseases can affect any part of the body, and have myriad clinical manifestations that can be difficult to diagnose. At the same time, autoimmune diseases share many features related to their onset and progression. In addition, overlapping genetic traits enhance susceptibility to many of the diseases, so that a patient may suffer from more than one autoimmune disorder, or multiple autoimmune diseases may occur in the same family.”

Some of the more common named autoimmune diseases are Psoriasis, Rheumatoid Arthritis, Hashimoto’s Thyroiditis, Hepatitis, Sjogren’s Syndrome, Lupus, and Multiple Sclerosis. At the core of these diseases is a hypervigilant immune system that attacks its own tissue because the tissue resembles a virus or other protein with which the immune system had an experience. This is called molecular mimicry and is an important understanding of the cause of autoimmune diseases. It is the undigested proteins, viruses, bacteria, fungus and other environmental influences that pass through the compromised gut barrier and are attacked by the somatic immune system. The somatic immune system is on guard against any cell that even looks like the trespasser, including one’s own tissue and cells.

In a condition of intestinal permeability the somatic immune system is overwhelmed and can barely keep up with the onslaught of influences, especially when it is confronted with the stealth bacteria Borrelia burgdorferi, the bacteria implicated with Lyme disease. Lyme disease is the symptom picture associated with an overwhelmed immune system combined with an unidentified autoimmune disease. Many of the psychological conditions, as well as insomnia, are part of chronic Lyme disease. Despite a multitude of physical and psychological symptoms, Lyme disease is the manifestation of leaky gut.

Once it is recognized, intestinal permeability can be repaired. First, remove the source of chronic inflammation. Then nourish the epithelial cells so they may replicate and develop new tight junctions.

We are proud to offer our own digestion solution products! You can view them here or by going to the FAM Dispensary.  We offer the following product to help with intestinal permeability:

Once the gut barrier is restored, the somatic immune system will rebalance itself and hyperactivity will subside.

There are over 400 species and thousands of strains of bacteria that are supposed to inhabit the lower intestines and colon. These 400+ species are collectively called probiotics, which means “for life”, and were initially discovered in the early 1900’s. These bacteria have many roles in good health such as making short-chain fatty acids (SCFAs), polyamines, vitamins, antioxidants, and amino acids. Another function, especially in the case of Lactobacillus species, is to prevent food from decay, preserve antioxidants and vitamins, remove toxins and keep pathogenic organisms at bay. A third and major role of probiotics is to maintain proper immune function. Among the various effects on the immune system, a specific action is to stimulate the action of white blood cells like the macrophages, natural killer cells, monocytes, and neutrophils.

When buying a probiotic, you want a multi-strain product called “broad spectrum”. It should have at least 8 different types of probiotic bacteria. Avoid supplements with fillers or preservatives. The probiotic formula should be designed to by-pass the stomach and deliver essential bacteria to the lower intestines. Extended periods of elevated temperatures will diminish the viability of the organisms. Therefore, probiotics should be kept refrigerated and used immediately.

Fasano, A. Zonulin and Its Regulation of Intestinal Barrier Function: The Biological Door to Inflammation, Autoimmunity, and Cancer. Physiol Rev 91:151-175, 2011.

Fasano, A. Mechanisms of Disease: the role of intestinal barrier function in the pathogenesis of gastrointestinal autoimmune diseases. Gastroenterology & Hepatology 2; 416-422, 2005. 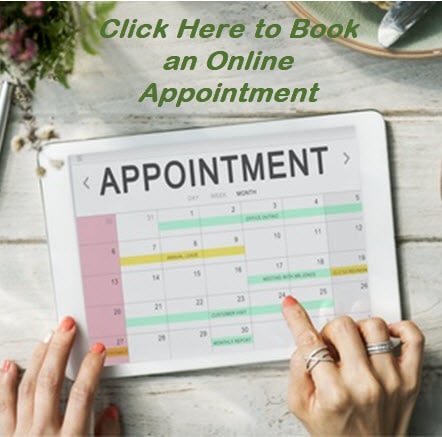