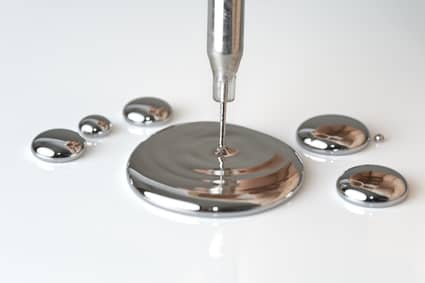 According to the World Health Organization, Mercury is one of the top ten chemicals that poses a considerable threat to public health.

Mercury is everywhere in our environment. It is found in air, water, soil.  It is a familiar industrial chemical found in thermometers, thermostats, and light bulbs.  It is released into the air by burning coal. The mercury in the air is deposited in the ocean and bioaccumulates and biomagnifies throughout the food chain.

Mercury is 50% of the material used to fill a tooth cavity.  The filling, also known as an amalgam filling, exposes the human body to elemental mercury as the filling deteriorates by chewing. The off-gassing of mercury is dangerous because bacteria in the mouth can change elemental mercury to methylmercury, a form of mercury that is particularly dangerous to the nervous system.

While the human body has a mechanism to detoxify mercury (i.e., remove it from the body), for many people this detoxification process is not adequate and mercury will accumulate in bones, liver, kidneys, and brain.  Mercury is toxic to the immune and neurological systems. As a result, for people who are susceptible to neurodegenerative and autoimmune diseases mercury may expedite the conditions of dementia, Alzheimer’s, lupus and multiple sclerosis. In the following video, it was demonstrated how mercury causes the nerve entanglements associated with Alzheimer’s.

Mercury interferes with the mechanism for making biochemical energy also known as the Citric Acid Cycle: 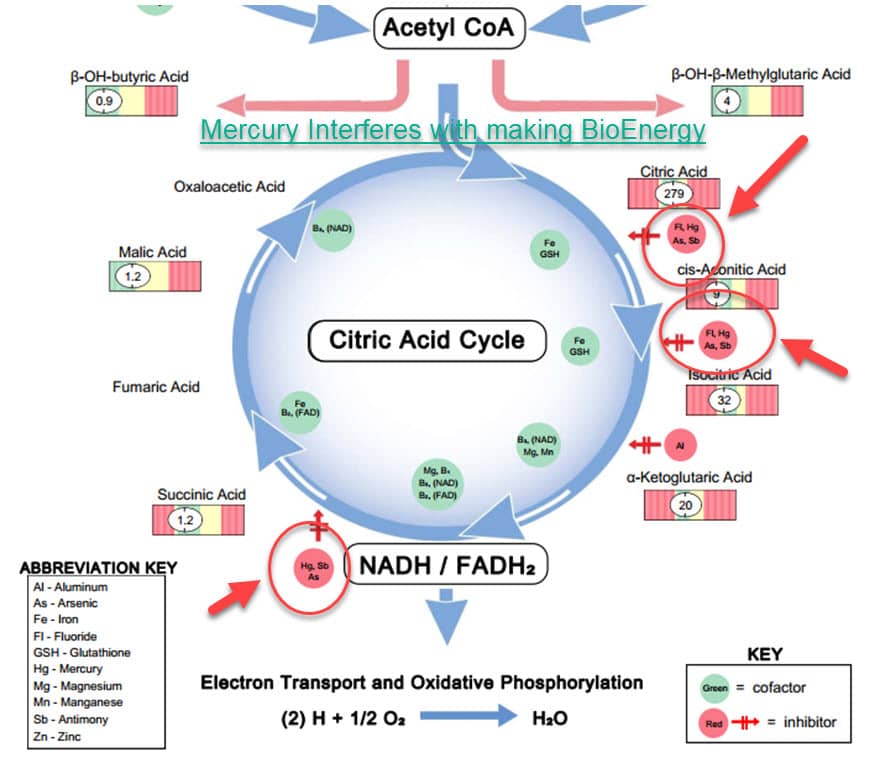 Therefore, mercury may influence many conditions associated with mitochondrial dysfunction:

The Toxicology of Mercury: Current Research and Emerging Trends: https://www.ncbi.nlm.nih.gov/pubmed/28889024